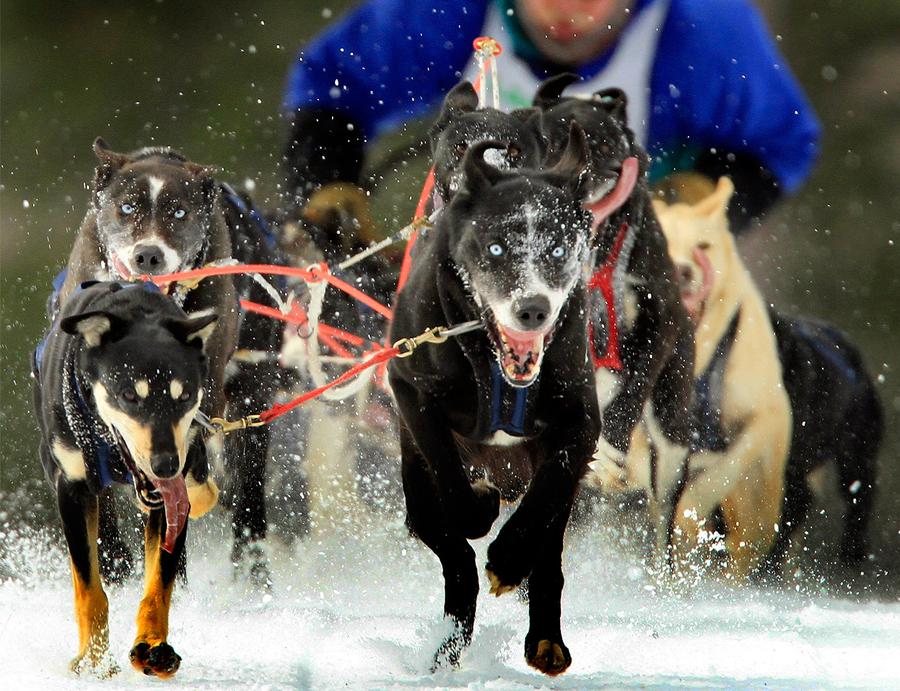 Early in the 1980s the Hawaii Ironman triathlon captured my imagination. Perhaps it was just the sense of people breaking boundaries that had previously seemed impossible. Dave Scott went on to become a legend by winning it 6 times. My own passion at that time was (and still is) Alpine skiing (my excuse!)

Endurance training always deeply impressed me but seemed to only be for others, as if it was calling from a distance but somehow never quite drew me in. My fascination with the Antarctic adventures of Sir Ranulph Fiennes reflects that same curiosity about adaptation, survival and redefining perceived limits.

Today Dave Scott is 64 and I do have one thing in common with him! We are both in ketosis through diet and exercise.

Dave Scott today has heart problems with his workout capacity reduced by 30%. Carbohydrates fueled Dave’s Ironman period. Despite constantly eating during competition he required an IV infusion of glucose at the end of the races. Nathan Pritikin directly influenced him to maintain a low fat diet, limiting fats to only 10%. There were concerns at the time over the possibility of long term health damage but the low fat diet gurus are a very persuasive and determined bunch. Over a 10 year period Dave battled with massive fluctuations in performance, psychological state and with fatigue in general.

The Pritikin influence was just the icing on the cake, even though it probably did the most damage by diminishing vital protective fats. The high carbohydrate fueling paradigm simply dominated.

The discovery was made In the late 1960s that glycogen depletion was associated with fatigue and that a high carbohydrate diet maintained muscle glycogen and performance. Evidence piled up over the following decades in support of consuming carbohydrates before, during and after exercise. Procedures emerged for “carbohydrate loading” to maximise the storage of glycogen in the muscles and liver. The high carbohydrate fueling paradigm for maximizing performance and recovery became entrenched dogma.

The paradigm was reinforced through textbooks, authoritative position statements, commercial sports supplement marketing and research and just about every sports nutrition article to be found. With practically everyone addicted to carbohydrates, whether athlete or not, race results were also guaranteed to reinforce the paradigm. Everyone would want to know how the winner fueled and it was always glucose. Perpetuation of this situation continues today. In 2018 Chris Froome took control of the Giro d’Italia with an 80 km solo attack starting 6km from the top of the formidable Col de Finestre. Team Sky later published details of his feeding strategy. Stationed at strategic intervals along the route were helpers, supplying him specifically with carbohydrates.

Dave Scott eventually lost his crown as the Ironman king in 1989 to Mark Allen, who also went on to win 6 times up until 1995 and become the most successful triathlete of all time. Mark Allen recounts how he was inspired to do triathlons by watching Julie Moss at the February 1982 Ironman. Julie Moss had been leading all day but “hit the wall” and collapsed just 15 feet from the finish. She eventually crawled to the end coming in 2nd. It’s ironic however that only carbohydrate dependence can cause this to happen and yet people mistakenly identify with it as a supreme source of inspiration!

Mark Allen went on to be coached by Dr Phil Maffetone, who bases his training specifically on improving the athlete’s fat burning capability. Dr Maffetone uses heart rate as a guide with the purpose of restricting the athlete’s maximum training level to within fat burning level. The athlete progressively develops muscle aerobic capacity instead of suppressing it, which happens with higher intensity exercise. Maintaining the same heart rate, speed will eventually start to climb.

Dr Maffetone however still aims for 97% of energy coming from pyruvate – and pyruvate can only (usually) come from glucose! Ironically, his athletes do not have their bodies anything like fully optimized for fat burning.

Dr Maffetone’s other problem is that he uses age based heart rate formulas for setting training levels. Sally Edwards wrote the original book on heart rate monitor use for Polar, but has an interesting view on the subject of formulas: “A professional runner and triathlete, she first established the first five zone MHR (Maximum Heart Rate) system in 1992 in her first book on using a wearable for health and fitness The Heart Rate Monitor Book. She continues today to debunk the myth that MHR can be determined by any mathematical equation.” (ref 12)

Even today when Mark Allen in his coaching business comments on a “low carb” diet, he urges people not to go too low. He states that a certain level of (dietary) carbohydrates is necessary “to spark” the metabolism of fat. Well, that’s not quite right. In fact it’s back to front! We create our own glucose from metabolising fat (triglycerides) when we need it.

Mark Allen is referring to is specific intermediate steps in the production of ATP in the mitochondria. Pyruvate, from metabolising glucose, provides oxaloacetate, which is always required for generating ATP. However, even if you eat zero carbohydrates and exercise long and hard, you are covered for this extremely efficiently – as long as you are not carbohydrate dependent. (The exact mechanism however is not yet known)

Ultimately it’s the absence of carbohydrates that sparks fat metabolism.

I’m keeping the chemistry as simplified as possible for a particular reason. I am certain that science does not fully understand the process of ketone generation and metabolism. If it was fully understood then it would not be a surprise to anyone to see the extreme physical performance of Sir Ranulph Fiennes (burning 11,000 Calories/day) with a blood glucose of only 0.2 mmol/l and being in robust good health.

Muscles store only around 350 grams of glycogen and the liver stores around 90 grams though with training the muscles can double this. Only a very few things are dependent on glucose – the lens of the eye, part of the retina and most of all red blood. They all consume very little glucose – the blood is mainly shuttling it around to be used elsewhere and on average there is no more than 4 grams of glucose in the 5 litres of blood (70 kg man); less than a teaspoon, about 12 Calories.

(Red blood cells begin life as eukaryotic cells with a nucleus, but later lose the nucleus and organelles. That’s why they require glucose (glycolysis) for their own energy. This appears to be a sensible adaptation because the most critical feature of blood is the transportation of oxygen and glycolysis is anaerobic)

The stunning reality is that with full recovery from carbohydrate dependence an elite ketogenic athlete has the same levels of glycogen stores, before during and after exercise as a carbohydrate dependent athlete who must eat continuously to prevent a collapse. Yet the ketogenic athlete has the addition of ketones with all of their inherent advantages.

Thankfully there are a few scientists who are actively hard at work filling in the huge gaps in our biochemical and practical understanding of the body. They are concerned equally about health issues and elite sports performance. We can see from Dave Scott’s unfortunate situation that those issues are not exactly separate. The two most active scientists in this field are Jeff Volek and Stephen Phinney and their work is of incalculable value.

Have they studied the performance of elite ketogenic athletes? Yes…

“it was demonstrated more than three decades ago that consumption of a ketogenic diet with less than 10 g of carbohydrate per day for 4 weeks did not compromise endurance performance in elite cyclists. These keto-adapted cyclists derived >90% of their fuel from the oxidation of fat while exercising at 64% maximal oxygen consumption, corresponding to an average fat oxidation of 1.5 g/min”

This is where it begins to become very clear where Mark Allen’s (Maffetone) philosophy breaks down. The largest such study to date of highly trained (non ketogenic) endurance athletes found the maximum peak fat oxidation level to be 1.0 g/min, 50% lower that the mean value for Volek and Phinney’s ketogenic elite cyclists. Those cyclists were not even fully ketogenic – the process of recovery from carbohydrate dependence taking many months. They were only 4 weeks into the recovery process.

The latest work of Volek and Phinney takes things much further. There are now enough fully ketogenic elite athletes around that it was possible to study them in comparison to carbohydrate dependent elite athletes and measure metabolic parameters. Actual “performance” was not being measured, they were not racing. (ref 2)

The two test groups were similar in physical characteristics and aerobic capacity. Two ironman distance triathletes in each group and the rest being ultra distance runners (50 to 100 miles). The average length of time in ketosis for the LC group was 20 months. The main difference was that the LC athletes consumed 6-times less dietary carbohydrate than HC athletes (82 vs 684 g/day) for an average of 20 months.

Volek and Phinney demonstrate for the first time that full elimination of carbohydrate dependence (several months of adaptation) in elite ultra-endurance athletes is associated with a robust capacity to increase fat oxidation during exercise while maintaining normal skeletal muscle glycogen concentrations.

Fully eliminating carbohydrate dependence through a ketogenic diet in highly trained ultra-marathoners, results in adaptations in the homeostatic regulation of muscle glycogen that acts to preserve levels similar to those observed when exogenous carbohydrate availability is high.

Beta-hydroxybutyrate in the range of concentrations observed in the ketogenic athletes has recently been shown to be a potent inhibitor of histone deacetylases, which in turn upregulates expression of antioxidant genes. Beta-hydroxybutyrate is also associated with a reduction in the generation of free radicals by mitochondria.

“In summary, these results provide the first documentation of the metabolic adaptations associated with long-term consumption of a very low-carbohydrate/high-fat diet in highly trained keto-adapted ultra-endurance athletes. The enhanced ability to oxidize fat during exercise across a range of intensities is striking, as is the ability to maintain “normal” glycogen concentrations in the context of limited carbohydrate intake. Keto-adaptation provides an alternative to the supremacy of the high-carbohydrate paradigm for endurance athletes.”

References for all of the keto series: