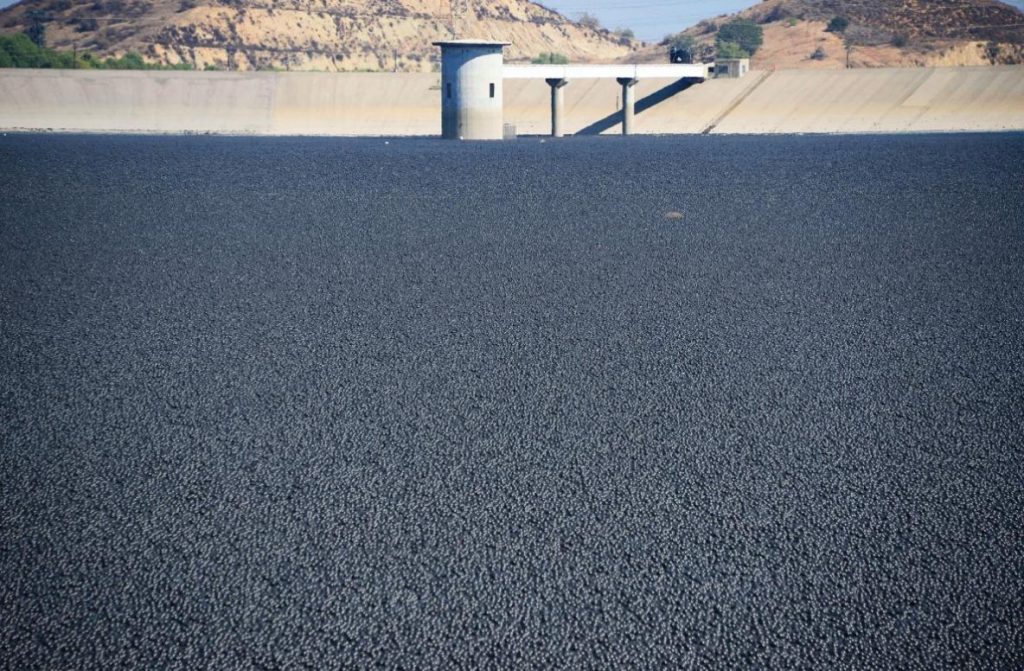 Toxic Halides: The Good, the Bad and the Ugly!

Halides are a group of elements consisting of fluoride, bromide, iodide, chloride and astatide. Iodine and chloride are the only halides that belong in the body and are not toxic halides.

Bromine was discovered in 1826 by Antoin-Jérôme Balard in France. Bromide is the reduced form of bromine.

Bromine is so similar to iodine as an element that it competes with iodine for binding in iodine receptors in the body, especially in the thyroid gland. Bromine displaces the iodine, creating iodine deficiency.

Bromine both binds to iodine receptors and can interfere with iodine transport in the body.

Bromine or bromide is used as an antibacterial agent for pools and hot tubs.

Bromine has been added to some vaccinations and asthma inhaler medications to replace mercury as a preservative.

In the 1960’s, iodine was also used in bakery goods as an anti-caking agent. The National Institute of Health reported that the average iodine intake from bakery products was 726μg of iodine per day (150μg being the RDA). Due to erroneous concern over getting too much iodine for the thyroid it was replaced with bromine in the 1980’s.

Brominated Vegetable Oil (BVO) is sometimes used in soft drinks – once again banned in the EU but not in the U.S. Direct neurological symptoms include headache, memory loss, impaired balance or coordination, skin and nerve problems.

Prescription drugs often contain bromine. Bromide ions decrease the sensitivity of the central nervous system so are used as sedatives, anti-epileptics and tranquilizers.

Bromine is an composant of many fire-retardants used in household furniture, computers, electronics and carpets.

In the U.S, Australia and New Zealand methyl bromide (bromomethane) is still used to spray strawberries, tomatoes, peppers, grapes, nuts, ornamental shrubs, ham/pork products. This pesticide also acts as a soil fumigant. It’s unclear if methyl bromide may have finally been phased out of use – not for your nutritional benefit but because it is an ozone depleting chemical.

The toxicity of the halogens bromine and fluoride may be directly contributing to the breast cancer epidemic, not just through the iodine deficiency they create.

Fluoride also displaces iodine in the thyroid and as with bromide, fluoride toxicity is increased with iodine deficiency.

Fluoride was used through the 1950s as and anti-thyroid drug for hyperthyroidism. The fluoride dose capable of reducing thyroid function was notably low — just 2 to 5 mg per day over several months. (Galletti & Joyet 1958). This dose is well within the range (1.6 to 6.6 mg/day) of what individuals living in fluoridated communities are now estimated to receive on a regular basis. (DHHS 1991).

According to the National Toxicology Program (NTP), “the preponderance of evidence” from laboratory studies indicates that fluoride is a mutagen (a compound that can cause genetic damage). A chemical that can cause genetic damage is one that can likely cause, or contribute to, the development of cancer. Fluoride is linked to the bone cancer osteosarcoma, a rare, but deadly, form of cancer that appears with respect to fluoride to affect males primarily during the teenage years.

Fluorine is the most reactive element on the planet and is also the strongest free radical. Fluoride is known to be toxic and until the 1940’s its effect on life was always considered to be poisonous.

Fluoride is added to water supplies, toothpaste and mouth rinses as preventive measure against tooth decay despite there being little evidence or proof of its efficacy and no studies at all proving that long term exposure to fluoride has any beneficial effects.

There are many fluoridated prescription medications (apparently around 80% of all pharmaceutical drugs) including popular antidepressants such as Paxil and Prozac. Many such medications have been removed from the market due to serious adverse effects; Baycol (cholesterol lowering), Propulsid (for stomach ulcers), Posicor (anti-arrhythmic), Astemizole (allergies), Omniflox (antibiotic), Fen-Phen (weight loss) and many others. (Brownstein MD.)

George L Waldbott discovered that, besides teeth and bones, fluoride can damage soft tissue. The small fluorine ion with a high-charge density can combine with other ions and penetrate every cell in the body. It interferes with the metabolism of calcium and phosphorus and the function of the parathyroid glands. It has a strong affinity to calcium, but will also readily combine with magnesium and manganese ions and so can interfere with many enzyme systems that require these minerals. The interruption of these enzyme systems, in turn, may disturb carbohydrate metabolism, bone formation and nerve-muscle physiology. Indeed, every vital function in the body depends on enzymes; because fluoride easily reaches every organ many diverse toxic symptoms can result. (Researcher Doris Jones – What Doctors Don’t Tell You – March 1999 https://www.wddty.com/ )

“Most diseases are results of disturbances of the enzyme systems,” says Professor Abderhalden. “Damage due to fluoride could be shown on 24 enzymes.” Enzyme systems react to fluoride in different ways; some are activated, others are inhibited. Lipase (essential for the digestion of fat) and phosphatases are very sensitive to fluoride. In patients with skeletal fluorosis, succinate dehydrogenase activity is inhibited. In chronic fluoride poisoning, this diminished enzyme activity accounts for muscular weakness and even muscle wasting. Human salivary acid phosphatase is diminished by half when exposed to 3.8 ppm of fluoride, while blood enzyme cholinesterase is inhibited by 61 per cent on exposure to 0.95 ppm fluoride – a level within recommended levels. So what does this do in the body? (Handbook of Experimental Pharmacology, Springer Verlag, 1970: 48-97)

Chloride (Cl- ion, the reduced form of chlorine) constitutes0.15% of body weight. It is the major anion in the body and is an essential macromineral. The average individual requires 2.3 grams per day, mainly from salt (NaCl). It’s main functions are fluid regulation and electrolyte balance both inside and outside of cells. Outside of cells chloride works along with sodium and inside the cells with potassium. If there is an excess of chloride ions in the blood, this leads to dehydration. Chloride also helps to maintain decent blood pressure. Chloride works with hydrogen forming the digestive fluid hydrochloric acid (HCl) in the stomach.

Chlorine is a toxic element.

Chlorine is added to household water supplies and municipal swimming pools as a disinfectant and used as a whitener.

When chlorine is added to household water supplies over 600 byproducts are generated, including dioxin. Dioxin is one of the most carcinogenic substances known. There are many safer alternatives to disinfecting water including the use of iodine, hydrogen peroxide, ultraviolet light, and ozone.

According to Dr Mercola…
Quote: Americans are ingesting from 300 to 600 times what the Environmental Protection Agency considers a “safe” amount (of chlorine) while chlorine itself is relatively benign, and was chosen to help keep us free from infectious diarrheas, it reacts with organic materials which already dissolve in water, forming chemicals (known as DBP’s – Disinfection By Products) that are over 100 times more toxic than chlorine.

96 million “shade balls” on Los Angeles Reservoir, with the main objective of preventing the formation of a carcinogenic chemical, bromate, which forms when naturally occurring bromine reacts with chlorine in sunlight. The chlorine is added to prevent the growth of algae.

The two primary DBPs formed when chlorine is used are; trihalomethanes (THMs) and haloacetic acids (HAAs)

Trihalomethanes include four different chemicals: chloroform, bromoform, bromodichloromethane, and dibromochloromethane. The chlorine byproduct trihalomethanes (THMs) abound in swimming pools, forming when chlorine reacts with organic matter like skin and hair. Pool chlorine and DBPs are rapidly absorbed through your skin and can disrupt your biochemistry. In fact, you can absorb more chlorine and DBPs in one hour in your pool than from a week of drinking tap water.

These DBPs have also been linked to damaging effects to heart, lung, kidney and central nervous system. Other dangerous byproducts of chlorine usage include PCBs, DDT, and dioxins.

Taking a hot shower in chlorinated water or opening a hot dishwasher exposes you to the DBP chloroform, a known carcinogen, in considerable quantities .

The perchlorate anion (ClO4-) is a derivative of chlorine. Perchlorate affects the body in the same way as bromide (and also in some disease aspects of fluoride) – displacing iodine uptake and damaging the iodine transport mechanism.

Fireworks and safety match industries are another principal sources of perchlorate pollution.

Perchlorate is also used in car airbags and leather tanning.

Perchlorate is one of approximately 10,000 chemicals allowed in food and food packaging. The Food and Drug Administration (FDA) approved perchlorate for use in plastic packaging and food handling equipment for dry food, like cereal, flour, spices, and many other products, to reduce the buildup of static charges. Unfortunately perchlorate can migrate into the food when hypochlorite bleach is used as a disinfectant in food processing and to peel and to wash produce. Perchlorate is even used as a flavour enhancer in certain foods.

Perchlorate is found to contaminate both dairy and human milk.

Just add neurological and immune system problems to the list of the already extensive basic iodine deficiency issues and you get the picture for perchlorate. Following the protocol for bromide and fluoride the body can be protected by maintaining iodine/iodide levels through supplementation.